Make your own Newarkt horse race with cardboard, playmobil or lego horses and jockeys. The fun starts in creation your own horse race.
Horse racing is a popular spectator sport in Great Britain, with hundreds of years of unique heritage. The two main forms of horse racing in Great Britain are unobstructed distances races, known as flat racing, and races over fences or over hurdles, known as National Hunt racing. The UK has produced some of the greatest jockeys, including Sir Gordon Richards, usually considered the greatest ever jockey. Newmarket is a market town in the English county of Suffolk, approximately 65 miles (105 kilometers) north of London. It is generally considered the birthplace and global center of thoroughbred horse racing. It is the largest racehorse training center in Britain, and home to most major British horse racing institutions. Five British Champions Series races are held at Newmarket every year. It has two racetracks, The Rowley Mile and The July Course.
Make and play this home made playmobil horse race. This can also be played with lego animals or alternatives. 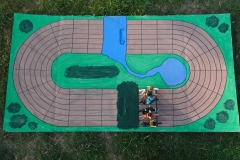 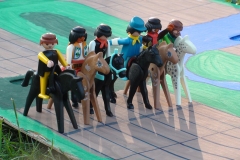 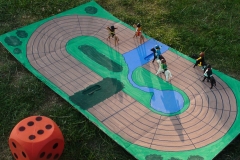 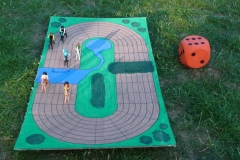 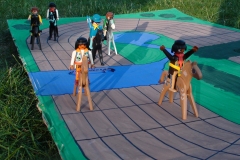 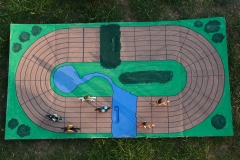