Make your own maze game. The board forms a maze built of fixed hedges. The players run through the maze to the end point in turns. Each player has one Lego or playmobil figure to move in the maze.
Advanced players also try to guess other players destinations in order to make their proceeding more difficult or try to trap them in dead ends.

This is a nice and simple board game for the youngest. It is easy to play and it does not take long to finish the game. It is also fun to create the game, drawing and painting. 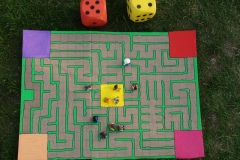 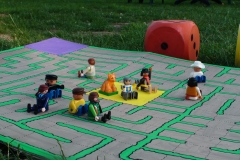 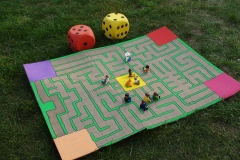